Music Movie Party! I Put A Spell On Me 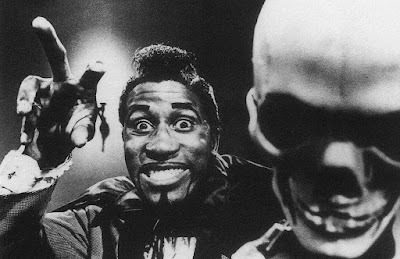 PLAY– I Put A Spell On Me

Screamin' Jay Hawkins met Nicholas Triandafyllidis and commissioned him to make a documentary about his notorious life in and out of the music industry. Screaming Jay came to Greece and he gave his very last concerts in Thessaloniki and Athens, before his sudden death in Paris in 2000.

Having been left a legacy of confidential sessions and footage of his final live performances, Triandafyllidis completed the film with a little help from Jay's friends: Jim Jarmusch (director of Ghost Dog), Bo Diddley, Eric Burdon (The Animals), Rudi Protrudi, Diamanda Galas, Arthur Brown (The Crazy Word of Arthur Brown), Andre Williams and others.