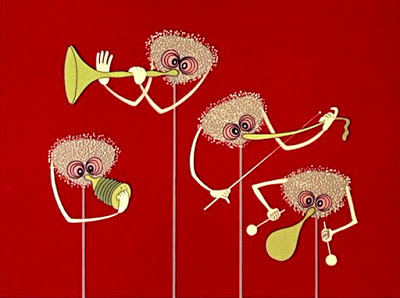 "Mars and Beyond" is an episode of Disneyland which aired on December 4, 1957. It was directed by Ward Kimball and narrated by Paul Frees. This amazing little program features both Science and Imagination on the topic of life on other planets. Mankind's fascination with the stars is covered along with an explanation of Earth's own history of life. Then the other planets are featured with their "occupants" fresh from the minds of Ward Kimball and the Disney crew of animators. A treat for all ages!
Posted by RURAL WAR ROOM at 10:30 PM