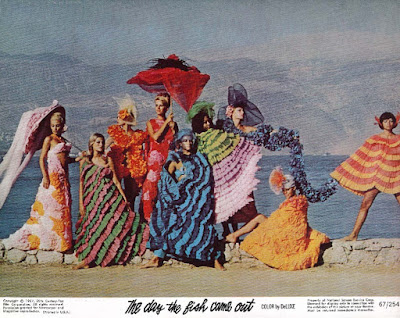 A plane carrying a weapon more dangerous than a nuclear weapon goes down near Greece. To prevent panic, the officials go in dressed as tourists (who are dressed so casually that the pilots assume that they are all gay). The pilots are not to make themselves known and can't contact the rescue team. The secrecy causes a comedy of errors upon a formerly quiet Greek Island. A Greek-British film written, produced and directed by Michael Cacoyannis, who also designed the wacky costumes!
Posted by RURAL WAR ROOM at 8:50 AM Links to this post